"We few, we happy few, we band of brothers." If you heard Henry V give this rousing speech prior to the Battle of Agincourt in Shakespeare's play, you would be impressed. If you heard a band of 3rd graders, dressed in medieval regalia, reciting it with swords drawn and shields wielded, you would feel inspired. Now imagine if you were one of those 3rd graders! It's unforgettable! 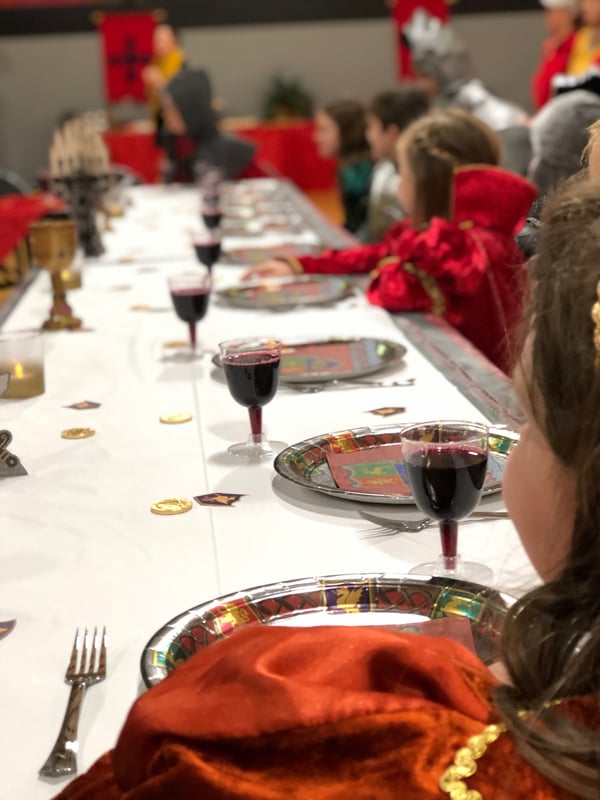 Welcome to experiencing the humanities. Educators have long used the art of pretend, of drama, of reenactment to seal in knowledge of history. In some schools the subject is called Humanities because it encompasses not just historical facts and figures, but the human side of ages past. What were those soldiers feeling as King Henry V urged them toward impossible odds in battle? Where did the pioneers find the courage to venture across the the Mississippi and beyond? How did the Native Americans feel about them doing it? What about Irish immigrants? Civil rights protesters? Or in my sixth grade class, how did those ancients build those pyramids??!  (Still somewhat of a puzzlement.)

Teachers use all sorts of techniques to make their subject come alive. Tenth graders don't just read The Canterbury Tales, they take a story and act it out for the third graders at their annual Medieval Festival. The play, "The Nun’s Priest Tale" was fully costumed, with bumblebees, hens, and a sly fox who entered to the theme music of "The Pink Panther." The rooster and his favorite hen danced to "Love is an Open Door" and there was even a sword fight at the end to the theme music of "Pirates of the Caribbean." The third grade audience got to give thumbs up or down for the outcome. (What do you think they chose?)

Who won the Trojan War--was it the Greeks or the Trojans? And what was the date? Do you remember from your school days?  But what if you sang a song about it while wearing a toga? What if you were chosen to be Helen of Troy, “the face that launched 1000 ships?” Would you remember it then? Second graders acting out “The Golden Apple” will never forget. When they get to sixth grade to study again the Golden Age of Greece, they bubble over with stories of who played Zeus, Paris, and Aphrodite four years prior. They remember who Agamemnon was (and know how to pronounce his name) so that when they hear stories of archaeologists like Heinrich Schliemann finding “Agamemnon’s Death Mask” (although it really wasn’t), it makes so much sense.

Later in 6th grade, students dress up in togas themselves and take on the personalities of famous Greek men in a symposium. They try  to convince the other members of the class that they are, indeed, the most famous of all. Years later, high schoolers may be found still arguing about it --Pericles or Plato?  Aristotle or Eratosthenes?

What about those pioneers? If you dress up a fifth grader in buckskin, hand him a wooden rifle and a coonskin hat, do you think he’ll remember the Oregon Trail? How about if he fords a stream, eats stew from a big black kettle, and meets a Native American guide to lead him? Think he’ll remember then? I guarantee he will. 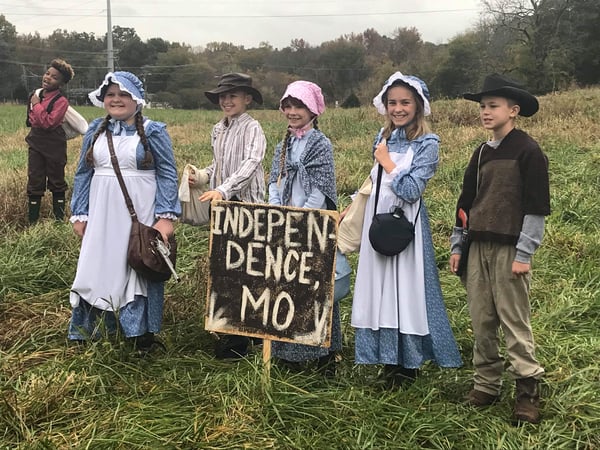 History comes alive when students experience it. Fourth graders at Covenant Classical take on personas from Colonial America. They memorize their personal information, journal their

experiences, create “shops” and then open a marketplace for the rest of the student body to come learn.  There is a baker who lets us sample a bit of gingerbread; there is the silversmith who shows us how to smelt the silver; a blacksmith hammers away at his/her forge; a seamstress displays neat little stitches on a quilt. Each can tell you of the trade’s value within the community.

Seventh graders must memorize the Declaration of Independence. Seems impossible, right?  But once they put Thomas Jefferson on trial to determine if he, the writer, lived up to his own written ideals, they are more motivated.

If “those who refuse to consider history are condemned to repeat it,” then those who experience history are destined to remember it. Don’t you wish you could go back to school and learn to love history?  (Oh, you can--as a parent volunteer! All fellow sojourners welcomed!) 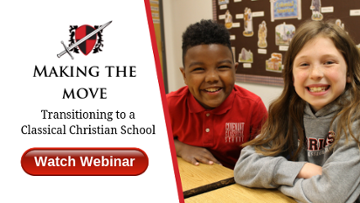 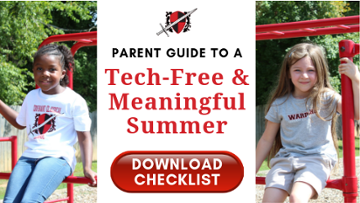 BIO:  Terry Cross is a sixth grade teacher and eternal “pretender.”  She still has a box of play-clothes at her house. And one at school.